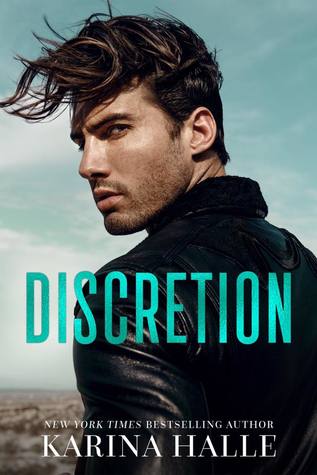 The Riviera means indulgence—if you’ve got money. For Sadie Reynolds, a down-on-her-luck student, the Riviera means dingy hostels and back streets. When a wrong turn puts her in jeopardy, the last thing she expects is to be saved by the most handsome stranger she’s ever locked eyes with. When she later wakes up in a luxury suite with a Mediterranean view, she’s in the tender care of her rescuer: Olivier Dumont, France’s most eligible bachelor, billionaire hotelier, and heir to the Dumont fashion fortune.

Olivier also owns his reputation for scandal. But Sadie is unlike any woman he’s ever met. Her humble persona and wild innocence promise real passion. He’s promising Sadie something too: anything she wants. From Bordeaux to Cannes to Paris, Sadie’s past in America is swept away and replaced with a fantasy too good to be true.

Pulled into Olivier’s orbit of wealth, glamour, and excess, Sadie discovers that the Dumont dynasty comes with a legacy of wicked secrets. And Olivier’s secrets may be the most damning of all…

So, there’s a reason I should never wait too long to post a review for a book. I read this one a little more than a week ago and the details are already fuzzy in my head. But in my defense, this one has less to do with my memory and more to do with the story. The book wasn’t half as interesting as the blurb made it out to be.

First things first. I didn’t feel the romance at all.  It was a case of insta-love. But I could forgive insta-love if the build-up from there is written well. Sure, there’s a lot of sex between the main characters. But there was more sex than actual talking and connecting. I’d have loved something simmering within before they actually started doing the dirty. But nothing like that. It goes from zero to hundred pretty fast.

There’s a part where the heroine decides at the last moment to stay back and spend some more time with the hero, a big effing decision. But the way she goes ahead with it, and the way the hero reacts? They might as well have decided to stay back at home instead of going to a party. I did not feel any excitement. If you want to sell the story of a girl being taken on the ride of her life and make some big decisions for the sake of a guy within a few days of meeting him, you don’t rush it like that. You gotta make every moment between the couple count. But it was too rushed.

The whole premise kind of felt stupid to me. How the hero is forced to give up everything because of one ‘discretion’. The prologue made it out to be a momentous thing. But when the whole thing came out, I just found the whole reason stupid. I felt incredulous at the series of things that kept happening. The plot was predictable, suspense element was dull, and villains unconvincing. And that ending just came off as a cop-out. There was no real resolution or closure.

I think ultimately, the story lacked any real meat. There was nothing new about the setup. So it all had to come down to the writing. But the author let me down. I’ve read her books before and I know she can do much better. That’s a big reason I requested the ARC. But this was a forgettable fare by her. Another series I don’t think I’ll continue with.