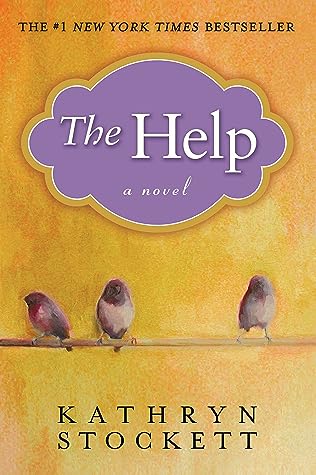 Three ordinary women are about to take one extraordinary step.

Twenty-two-year-old Skeeter has just returned home after graduating from Ole Miss. She may have a degree, but it is 1962, Mississippi, and her mother will not be happy till Skeeter has a ring on her finger. Skeeter would normally find solace with her beloved maid Constantine, the woman who raised her, but Constantine has disappeared and no one will tell Skeeter where she has gone.

Aibileen is a black maid, a wise, regal woman raising her seventeenth white child. Something has shifted inside her after the loss of her own son, who died while his bosses looked the other way. She is devoted to the little girl she looks after, though she knows both their hearts may be broken.

Minny, Aibileen’s best friend, is short, fat, and perhaps the sassiest woman in Mississippi. She can cook like nobody’s business, but she can’t mind her tongue, so she’s lost yet another job. Minny finally finds a position working for someone too new to town to know her reputation. But her new boss has secrets of her own.

Seemingly as different from one another as can be, these women will nonetheless come together for a clandestine project that will put them all at risk. And why? Because they are suffocating within the lines that define their town and their times. And sometimes lines are made to be crossed.

In pitch-perfect voices, Kathryn Stockett creates three extraordinary women whose determination to start a movement of their own forever changes a town, and the way women, mothers, daughters, caregivers, friends, view one another. A deeply moving novel filled with poignancy, humor, and hope, The Help is a timeless and universal story about the lines we abide by, and the ones we don’t.

I was watching Last Week Tonight with John Oliver the other day. It was on the subject of climbing Mount Everest. A major point of the discussion was how without the Sherpa – who have little choice but to risk their lives to earn their livelihood – it would be impossible for any climber to achieve this feat.

There was a clip included of a TV presenter who asks a Sherpa whether he thinks it’s wrong what they have to go through for the sake of the climbers. After a moment’s pause, the Sherpa humbly begins to say that they consider the climbers their family during expeditions. Before he can end his answer though, the presenter hugs him as if he got the answer he wanted.

So when at the beginning of The Help, Aibileen is asked by Miss Skeeter, her employer’s friend, whether she wishes things or rather the status quo could change, that clip of the Sherpa and the presenter came to my mind. Skeeter’s intentions are good when asking the question, as probably were that of the presenter’s. But the question sounds so laughably ignorant and naive when seen from the other’s point of view, you can’t help but shake your head.

The Other. Us and them. I learned about these terms and conditioned mentality while studying anthropology in college. We all have this sense of ethnocentrism – how we feel we are the better ones. What I loved most about The Help is how this conditioning is clearly present in both the parties. Even the black characters have a sense of moral superiority over their white employers. For the women working as the help, their white employers are the other. For the white community, the former are the other.

There is no glorification here. It does not glorify the black women serving as the help. They are humans just like us. They make mistakes and bad choices too. The employers are not vilified either. They are humans too. And that is what makes this story stand out.

Going into this book, I was afraid of it being too preachy or perhaps boring. But instead, it was engaging to the point that I was glued to the pages and completed it without taking a break. The story and the main characters spoke to me and made me root for them.

I am sure I have not said anything that has not already been said about the book. I’ll just end it by saying that books like this are makes reading worth it at the end of the day.

One thought on “BOOK REVIEW : The Help”