I know. I know. We’re halfway through June and I’m wrapping up May? I must be crazy!

Well, it’s all because the first half of June has been hectic for me. Eid holidays were followed up by last minute thesis work. It’s been crazy! And as a result I’ve been MIA and a lazy blogger, except for my scheduled posts. Thankfully, things are quieting down once again. I’m getting back my reading and blogging groove. So forgive me for summarizing my May activities so late!

Top Ten Tuesday :
Books I enjoyed More on a Reread
Books whose screen adaptations I’d be terrified to watch
Favorite Books Released in the Last 10 Years

That wasn’t too bad. As you can see, I used May to mostly catch up with my ARCs. I think I’ll be doing a lot of that in the rest of this month too. Anyhow, happy reading! 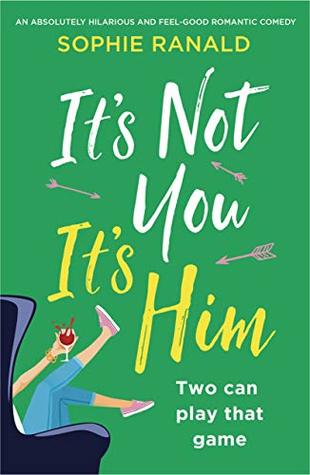 New Year’s Eve. The most overrated night of the year, right? I have to get through a night of enforced fun, drink all the prosecco and talk about new beginnings. But I don’t want new beginnings. I want my old beginning back.

It’s been ten days, two hours and forty-three minutes since Tansy got dumped. Two heartbreaking weeks since Renzo, who made her weak at the knees and dizzy with excitement, found out Tansy’s secret – and ended it on the spot.

Since then, she’s spent every evening scrolling through their old photos, drunk texted him twenty-six times (he stopped reading after five), and lost count of how many packets of Kleenex she’s cried her way through.

That’s where Operation Get Renzo Back comes in. She ropes in a new wing-woman, maxes out her credit card and accidentally-on-purpose bumps into him at every opportunity. Oh, and she finds a fake boyfriend, as you do…

But while she’s busy pretending, Tansy’s plan is thrown a major curveball. She has to learn the hard way that it’s not her, it’s him – and that sometimes, a break-up can end up being the making of you.

Tansy just can’t bring herself to accept that her 6-month long relationship with the man she thinks is the one for her is over. She decides to make it her mission to get Renzo back and enlists help from her housemate Adam to get updates on him, as both the guys work in the same place. Tansy not only has to deal with her heartbreak, but also her work as a fashion buyer for an online boutique, in addition to money problems what with sending money to help out her parents back home. She also takes on another personal mission – Chelsea, a young girl who independently sells clothes she personally makes and designs.

It took me time to get into the story. Because the author takes time to set the story up. But this is necessary for us to get a proper insight into Tansy’s character. She’s a little naive, a bit of a romantic. We see flashbacks of her time back in school to see what made her this way. Things get complicated when she’s forced to let her former employer’s son become a temporary housemate. This happens to be the same guy who she has bad memories with back from school.

It always makes me happy when a protagonist has real life problems that I can relate to. All the characters were interesting with some solid female friendships. But my favorite perhaps was Adam, an amazing friend and all-round adorable guy, not to mention his possessiveness over a certain cat. There was also a particular scene where Tansy gets a surprise from her friend that just mad my heart melt!

My only complaint is that it’s a bit slow in the beginning, which while understanding takes away from initial enjoyment. The romance was also unpredictable but enjoyable, and yet I’d have liked a little more buildup to it.  But overall, it’s a heartening and engaging story with a lovely heroine.