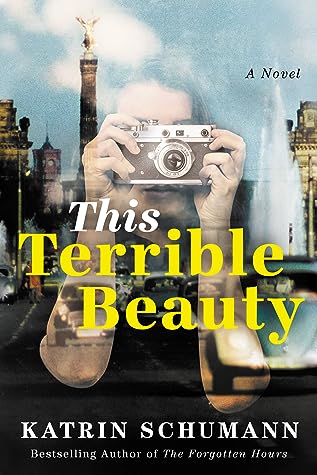 On the windswept shores of an East German island, Bettina Heilstrom struggles to build a life from the ashes. World War II has ended, and her country is torn apart. Longing for a family, she marries Werner, an older bureaucrat who adores her. But after joining the fledgling secret police, he is drawn deep into its dark mission and becomes a dangerous man.

When Bettina falls in love with an idealistic young renegade, Werner discovers her infidelity and forces her to make a terrible choice: spend her life in prison or leave her home forever. Either way she loses both her lover and child.

Ten years later, Bettina has reinvented herself as a celebrated photographer in Chicago, but she’s never stopped yearning for the baby she left behind. Surprised by an unexpected visitor from her past, she resolves to return to her ravaged homeland to reclaim her daughter and uncover her beloved’s fate, whatever the cost.

Reading historical fiction is always enlightening, because even through fiction I get to learn some part of history that I was previously unaware or uninformed about. But sometimes they make me feel aware of my ignorance. Throughout my reading of This Terrible Beauty, my own ignorance nagged at me.

Majority of this novel is set in the post-world war II Germany, a part of history I had no idea about. The story is told on alternate timelines. In 1960s, Bettina has become a distinguished photo journalist in Chicago. When her sister’s ex-husband visits her, she is forced to revisit memories of her time in East Germany, which was still under the control of the German Democratic Republic.

We see through her eyes the harrowing experience of war, and being left to fend for herself in her father’s fisherman’s cottage after he dies. It is loneliness that compels her to marry a man she does not love, and also later cheat on him.

I could connect to Bettina, even in her mistakes and wrong decisions. Her helplessness and fears are portrayed with a depth that can’t be ignored. She married a man believing he was kind, and wanting to be a mother. But when after years of marriage, she cannot conceive and Werner starts to get deeply involved with the secret police and their misdeeds, life becomes even more suffocating for her.

Affairs are not my cup of tea. But the author sets a compelling stage for Betting to fall for Peter, the pastor’s son, an idealistic man who has had to fight his own demons. Her escalating fear of leaving Werner, who had started to grow more dominant over her while amassing power through his position .

The author does a commendable job in portraying the dangerous ambience of East Germany, with the government’s frightening grip on every facet of living. The characters are also very real. Even Werner, maybe a villain at first impression, forces you to sympathize with him more than once.

Bettina’s journey was believable and compelling. We see her grow from a lonely girl to a helpless wife and mother to an independent woman.

One thing I did not like about the story was how it ended. Not the ending, mind you. But the manner of the ending. The epilogue left the possibility of a sequel, something I wouldn’t mind.