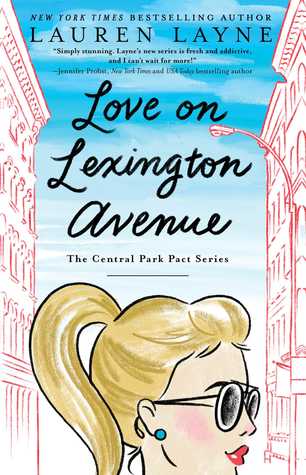 There are no good men left in New York City. At least that’s Claire Hayes’s conviction after finding out her late husband was not the man she thought he was. Determined to rid her home of anything that reminds her of her cheating husband, Claire sets out to redesign her boring, beige Upper East Side brownstone and make it something all her own. But what starts out as a simple renovation becomes a lot more complicated when she meets her bad-tempered contractor Scott Turner.

Scott bluntly makes it known to Claire that he only took on her house for a change of pace from the corporate offices and swanky hotels he’s been building lately, and he doesn’t hesitate to add that he has no patience for a pampered, damaged princess with a penchant for pink. But when long workdays turn into even longer nights, their mutual wariness morphs into something more complicated—a grudging respect, and maybe even attraction…

I did not have high expectations from this one, having disliked the first installment of the series. But sometimes having lower expectations helps. I went in for a typical romance, and I came out quite happy with the book.

Although I’m still not on board with the whole premise of the friendship between the girls, it was easier to suspend my initial disbelief. In case you didn’t know, each of the three books in this series feature three women who met and became friends on the day of the funeral of the man who had cheated on all of them. In this book I could pretend that these three women became friends under believable circumstances.

Claire had it the worst out of the three women. She was married to the cheater. Her husband had gone around saying that they were separated and getting a divorce. This book is about her trying to move on. And she intends to do that by redoing her house. And she enlists the help of Scott for that. He’s totally not her kind of guy. He’s all gruff and unpolished. But they have more in common than they imagined. He was also betrayed by his fiance. And while Claire no longer wants a man in her life, Scott only believes in one-night stands and flings. It was interesting to see their dynamic evolve throughout the book.

There were certain parts in the second half that felt predictable. And that ending was a little too cheesy for me. But I enjoyed the overall story. And in this one, I could actually enjoy the friendship between Claire, Audrey and Naomi. I liked the contrast between the three friends and how Claire could count on the other two in two different types of scenarios. But what this book did the most was make me anticipate the next book about Naomi and her best friend Oliver even more; I’d already been looking forward to it when I read the first book.

But a part of me is wary about my higher expectations for the third installment. Because it’s always better to go blind into a book and enjoy the ride it takes you in, like Love on Lexington Avenue did.

One thought on “BOOK REVIEW : LOVE ON LEXINGTON AVENUE”