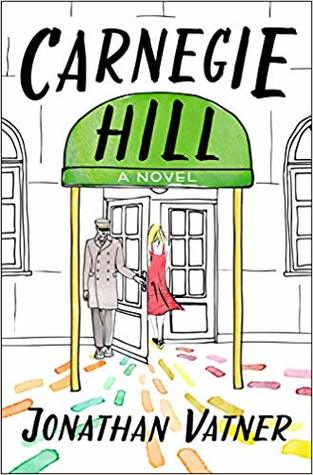 Deception is just another day in the lives of the elite.

At age thirty-three, Penelope “Pepper” Bradford has no career, no passion and no children. Her intrusive parents still treat her like a child. Moving into the Chelmsford Arms with her fiancé Rick, an up-and-coming financier, and joining the co-op board give her some control over her life—until her parents take a gut dislike to Rick and urge Pepper to call off the wedding. When, the week before the wedding, she glimpses a trail of desperate text messages from Rick’s obsessed female client, Pepper realizes that her parents might be right.

She looks to her older neighbors in the building to help decide whether to stay with Rick, not realizing that their marriages are in crisis, too. Birdie and George’s bond frays after George is forced into retirement at sixty-two. And Francis alienates Carol, his wife of fifty years, and everyone else he knows, after being diagnosed with an inoperable heart condition. To her surprise, Pepper’s best model for love may be a clandestine romance between Caleb and Sergei, a porter and a doorman.

Jonathan Vatner’s Carnegie Hill is a belated-coming-of-age novel about sustaining a marriage—and knowing when to walk away. It chronicles the lives of wealthy New Yorkers and the staff who serve them, as they suffer together and rebound, struggle to free themselves from family entanglements, deceive each other out of love and weakness, and fumble their way to honesty.

It took me a long time to review this ARC even though I read it some time ago. The words just did not come effortlessly for this one. That happens when I’m really underwhelmed by a book.

Carnegie Hill follows Pepper as she tries to find meaning in her life. She joins a co-op board. But even if she’s the central character, the story is as much as about her neighbors as it is about her. And unfortunately for me, I didn’t find a single character worth rooting for.

Let’s start with Pepper. She’s a heiress, and her problems echo that of someone just out of college, not in their thirties. The only difference is that she has a fiance she’s very serious about. Not that I have any problem with the idea of what the synopsis labels ‘belated coming-of-age’. My problem lies with all the bark and the little bite Pepper has. She spends all her time being indignant and outraged about everything, and does very little to change things. I also found her to be very intrusive, with little respect for personal boundaries. Over the course of the book, she kept growing on my nerves.

There’s a fiance who Pepper seemed to be obstinately holding on to. The little I say about him, the better. He’s even more unlikable than Pepper.

We also get POV of other residents from Pepper’s building. The three couples that Pepper looks to for answers about marriage are Georg and Birdie – who are trying to navigate their lives after a sudden retirement for George; Francis and Carol – who are suffering due to Francis’s secrets about his health; Caleb and Sergei – the everyday life couple whose lives and views are a little too simplistic. The switch from one character to another took away from the writing. The story was disjointed. And it didn’t help that I found most of the characters to be tiresome caricatures, who only tested my patience.

Books like these make me want to be more selective about requesting for ARCs.