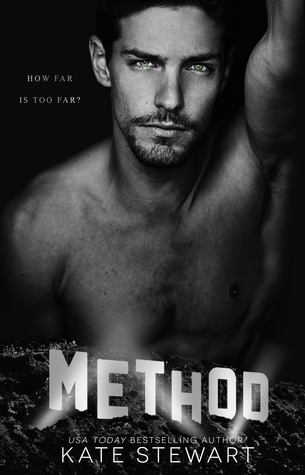 Hollywood is a temptress, a trickster, a soul-stealing devil. I married an A-list player, knowing I come second place to his craft. But Lucas and I are a golden couple, a modern-day fairy tale.

I’ve never doubted what we built…until the sudden death of Lucas’s best friend has scandal rocking the Hills and shaking the foundation of our relationship.

I chose Lucas as my safe haven…he chose the role of a lifetime.

For the next three months, I’ll share my nights with a stranger, watching as he buries his pain, immersed in his role and living as someone else.

We’ve done this before. I tell myself it’s just another movie, and he’ll return to me.

I should’ve known this time would be different.

To get my husband back, I’ll need the strength of ten men.

As it turns out, I’ll have to go through two.

Whew! That was an intense read! I liked it. But I felt that it was bogged down by the method in its own madness. The story is mainly about the wreckage that Lucas’s method acting causes in his and Mila’s marriage.  There’s also the death of his best friend which only makes matters worse with the effect it has on Lucas. Let’s get into the specifics of what I enjoy and didn’t.

I liked the Now-Then dimension
The couple is married for 6 years in present time. But we see their cute meet and their relationship evolve in the flashbacks. The romance between them was a little too fast. It was interesting to see the different personalities slowly navigate their relationship.

I loved the real aspects to their marriage
Lucas might be a Hollywood star now but he’s had to make it all on his own. He didn’t go to a college or had rich parents to make the ride smoother. Mila, on the other hand, has grown among the elite. She’s had a cultured upbringing. And it causes some friction between the two.

At the beginning particularly, Lucas has a hard time to keep pace with that. I liked that. Here is this top film star feeling like he’s not enough for the woman he loves. Then there’s Mila’s mother who’s downright demeaning towards Lucas in the past. And although, they’re on good terms now, he still hasn’t forgotten her icy demeanor towards him at the beginning.

These were my favorite parts of the book, because this made their relationship somewhat more authentic in my eyes.

I didn’t like the endless angst
The angst. Oh my god. It was too much. And what’s more – there was too much inner monologue. Full of angst. These two characters had more inner monologue more than dialogues. And that kinda got old real fast for me as a reader.

The plot dragged
Maybe it was the excessive us of inner monologue, but I felt that the plot dragged too much. I found myself skimming through many of the pages with their internal thoughts.

Not impressed by that final reveal
When we finally get to the mystery of how they reached the point at the prologue, I was underwhelmed. Maybe it’s because I’m not a method actor and am not well-versed in the methods of method acting, but I definitely could not reconcile myself to that plot twist.

I wanted more groveling
The author builds up this tangled web of complexities between Lucas and Mila. And then at the end, it all gets resolved just too easily. There was an anti-climactic feel to all of it. I expected more groveling from Lucas. The way it all ended, it was as if there was an overreaction in part of Mila and something she simply needed to come to terms to. I wasn’t fully satisfied.

In the end, I did like the story and the two characters of Mila and Lucas. They were well-written and well-developed. But the writing sort of dragged the story down.