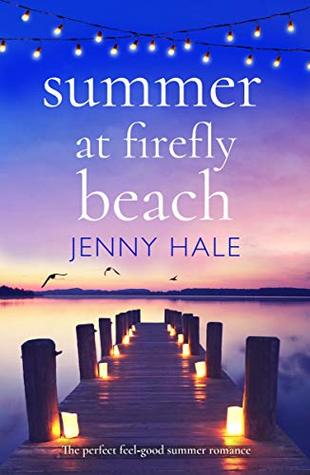 Hallie Flynn’s favorite place in the world is her great Aunt Clara’s beautiful beachside house, with its inviting wraparound porch and enchanting views across the sparkling turquoise ocean. For Hallie, going to Firefly Beach, filled with magical childhood memories, feels like coming home. But all that is about to change…

In one moment Hallie’s world is turned upside down. She’s left broken-hearted when her adored Aunt Clara passes away.

As always, Aunt Clara has thought of everything. In her last letter she included the bucket list Hallie wrote when she was twelve-years-old—and Clara’s final wish is for her to complete it. For once, Hallie decides not to hesitate. Stepping away from her dead-end job and predictable schedule, she embraces Aunt Clara’s words.

Spending the summer at Firefly Beach, Hallie encounters old friends and begins to remember the things that matter most to her. All the time her childhood friend Ben Murray is there, supporting her every step of the way. But following the bucket list isn’t an easy journey. And if that wasn’t all, a run in with wealthy Gavin Wilson, a newcomer to Firefly Beach, leaves her questioning her future, and facing something buried deep in her heart which she’d rather not admit to.

Update : So I just found out that this is the 50th ARC I’m reviewing for Netgalley. That makes me so happy!

I guess it depends on whether we pick up a book in hopes to escape our own feelings, or to fill up a void of feelings we have in our own life.

But why am I thinking about these things right now, you ask? Because I didn’t feel anything from this book. This book was not good. It was not bad. It just was…

I don’t even feel like dissecting what was it about this book that has me so apathetic. I just want to move on. But since I’ve been so kindly provided an ARC by the publisher in exchange of an honest review, I’ll have to attempt at anyway.

So what was it about this book?

It might have been the odd place the book starts off. Hallie and her family are grieving their aunt Clara. But we don’t see her dying. We don’t see Hallie decide to stay back in the beach. It’s all already happened. It was a very weird introduction.

If you want to build a whole story based on a a family’s grief over one person’s death, I don’t know, but maybe try starting off by making us feel something for that person too? For example, I recently read A Lily in the Light. It was about a missing girl who only appeared initially in the beginning for only a couple of pages. But that was enough for me to feel an attachment towards the girl, and make me invested in the story. This book lacked that. There was no hook to capture my interest.

It might have been the central romance. I liked Ben well enough. But for lack of a better word, I found him boring. I did not feel any spark in the writing. There was no tension.

Yes. Tension! That’s the right word. There’s a clear lack of tension in the book. Hallie is left a bucket list to fulfill which she wrote back when she was 12. But I didn’t feel any excitement or sense of adventure from the existence of this list. It was all a very dull affair. There was this sub-plot about a potential criminal. But even that failed to engage me.

It might just have been the writing. It didn’t pack any real punch or emotions to draw me in.

Or maybe it’s just me. Maybe, I’ve read too many intense books in the recent past that a simple story as this just didn’t do it for me.

I’ll give it 3 stars, because going back to my first point, I’ve decided that right now I’m better off not feeling any anger or disappointment over this book.