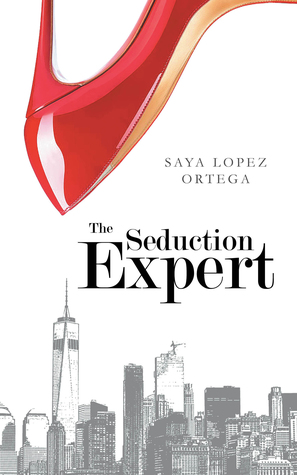 Women contact her to take over their love lives. She steps in when they’re lost, she’s supposed to succeed where they failed. She handles their single status, their relationship, their breakup, and very often their partner’s affairs. Her job is a life priority, she spends most of her time at the office or between two flights in business class and the fact of having a sports car that can reach one hundred kilometers in less than six seconds often make her feel like a super-heroine in service to women.

I requested this ARC because of the raving reviews it got. After I read the book, I went back to those reviews and was left wondering if I accidentally got a different book sent to me than the other readers.

Let’s start with the first thing I noticed about this book. The writing style felt forced. The phrasing of the sentences was very off-putting. Even the style of speech and the words used were abnormal. I later came to the conclusion that since the story is set in Paris, it was probably written in French and later translated to English. That would explain a lot.

The story itself just reads like a narcissist memoir by a woman who calls herself baroness. Based on the title, I was expecting a woman who professionally helps or trains other women on the art of seduction. But we mostly see the protagonist exposing adulterer husbands and partners of other women. We see the baroness boast about herself. But we don’t see any backstory of how she actually achieved all this.

I don’t even recall ever getting her actual name. Even her boyfriend who later becomes her fiance only calls her by terms of endearment. And he has no idea about her occupation. So did she introduce herself to him as baroness? Or did I just miss that part because halfway through, the book had lost all my interest and attention.

I can do with cold and calculating characters but there has to be some hidden vulnerability. We don’t see any reason or rhyme for the baroness’s ambitions and greed. I saw a lot of people calling it a book about feminism and empowered women. I don’t know about others, but dating and agreeing to marry a man to get access to his money and social standing, without any ounce of emotion attached, is not what I call feminism.

I can’t be all negative about the book. I liked many of the other female characters in the book. I also got a lot of glee to see the baroness put down other more horrible characters. But there was not one male character who wasn’t weak or irredeemable. I don’t know what the author was trying to do here, but it didn’t work. The bad dialogues did not help either.

Midway through, I actually checked if this book was part of any series with prequels. It wasn’t. Even though it did not feel like a stand-alone or a start of a series. I’m just thankful that it was a very short book with an abrupt ending.

Publication Date: 27th May, 2019.
Source: ARC from Publisher (via Netgalley)