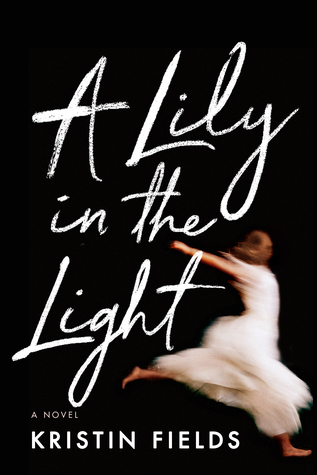 A harrowing debut novel of a tragic disappearance and one sister’s journey through the trauma that has shaped her life.
For eleven-year-old Esme, ballet is everything—until her four-year-old sister, Lily, vanishes without a trace and nothing is certain anymore. People Esme has known her whole life suddenly become suspects, each new one hitting closer to home than the last.

Unable to cope, Esme escapes the nightmare that is her new reality when she receives an invitation to join an elite ballet academy in San Francisco. Desperate to leave behind her chaotic, broken family and the mystery surrounding Lily’s disappearance, Esme accepts.

Eight years later, Esme is up for her big break: her first principal role in Paris. But a call from her older sister shatters the protective world she has built for herself, forcing her to revisit the tragedy she’s run from for so long. Will her family finally have the answers they’ve been waiting for? And can Esme confront the pain that shaped her childhood, or will the darkness follow her into the spotlight?

Esme is the third of four children. She’s 13 when her younger sister Lily disappears right from their house, with everyone but their mother present in their house during the time. This disappearance leaves behind despair and guilt. Esme’s mother blames her father. The police initially have the eldest of the siblings, Nick, the 17 year old deadbeat brother. Madeline, the second sister feels guilty for the last words she said to the 4 year old Lily was that they were better of without her. Esme, who was the closest to Lily feels her own guilt for putting off Lily’s request for a story because of an exam the next day, and not going to comfort her when Madeline said those harsh words.

Lily’s disappearance leaves her family damaged. Cerise is obsessed with finding her daughter, and can’t forgive Andre for letting Lily disappear in his presence. Cerise also is not above pointing fingers at her son. Even Esme and Madeline can’t help but be suspicious of him. This creates a distance between Nick and the others. Cerise is ready to do anything to find her daughter, even if it involves taking help from a psychic or hiring a private investigator. Amidst all this, Esme is intent on not letting it break her, choosing to believe that Lily would be back. She feels the distance with her family, more than ever. Her only solace is in ballet. She also has her mentor Amelia and eventually a close friend Adam to lean back on, while keeping her family at bay.

The complexities in the relationship between the family members, due to the tragedy and the feelings of mistrust it creates among them, were beautifully conveyed. It was heartbreaking to see the distance between these characters, when it was clear that there still was love beneath it all. The characters were sketched such that all of them had their own voice. I just wish that we could see a little more before the ending. I also would have liked seeing Lily’s POV. But other than that, it was a great book, with a well-executed plot and strong characterization.