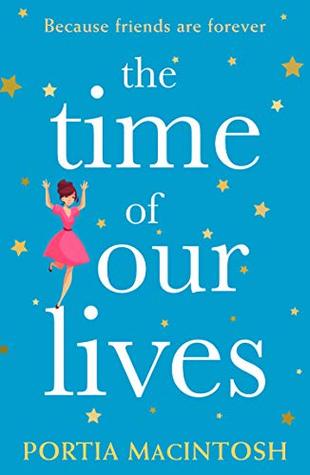 Love is in the air…?

Luca is used to being the ‘single one’ at weddings – it happens, when all your other friends are engaged, married or taken. But when she bumps into Tom, her friend from university who broke her heart into a million pieces, she finds herself wondering what could have been.

It’s ten years later, surely she should be over that Tom by now? So why is he looking even more gorgeous than ever – and why doesn’t he seem to be able to keep his eyes off her either?

And as the champagne flows and old secrets resurface, Luca realises that perhaps the time to take a chance on love and life is…now?

This was a first pov chick-lit told in alternative timelines of now & then.

‘Now’ takes place during the wedding of Matt, a university mate of Luca, and one of the the 5 people who she shared a flat with for a year back in the day. Interestingly enough, the entire story takes place throughout the wedding night at present.

‘Then’ takes place during their university time.

The beginning was promising enough. I could relate to Luca, her feeling of having achieved nothing worthwhile in her 31 years, while her friends were getting engaged, married and just living their life in general. Luca’s the only single person in her group of university friends, and isn’t actually very excited about attending the wedding. That’s something someone in my age can relate to very well.

But then things take a turn when she meets Pete the night before the wedding, also a guest at the event. But then at the wedding, she’s asked to fill in for the one bridesmaid who had her labor at the last moment, she also meets Tom, the guy who broke her heart back at university, and the (pregnant) girl he had chosen over her. And he wants to catch up.

The romance never clicked for me. Luca still has feelings for Tom, but I just never could fathom what was so great about him that even though these two never dated or ever even kissed back then, she still is not over him after 10 years. That leads to my problem with the story-telling. The author fails to scratch below the surface, especially in the past timeline. In an attempt to keep everything cut and dry, I feel the author failed in getting across the feelings of the characters to the readers, and evoke my interest.

I also wasn’t really convinced by the misunderstanding and the reason behind Tom and Luca not getting together 10 years ago. It felt like a weak plot device. But that happens at the end. Initially, I was confused who to root for between Tom and Pete. And I was unimpressed with the route the author took for Luca to make the decision.

There was some drama between the group of friends, but that just didn’t catch my interest. There were loads of shenanigans that I feel makes the story more fit for a rom com movie. There was promise to the plot, but the execution simply failed it.