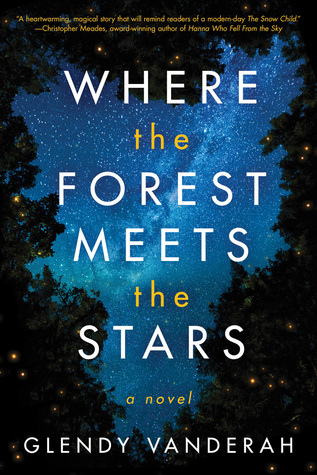 In this gorgeously stunning debut, a mysterious child teaches two strangers how to love and trust again.

After the loss of her mother and her own battle with breast cancer, Joanna Teale returns to her graduate research on nesting birds in rural Illinois, determined to prove that her recent hardships have not broken her. She throws herself into her work from dusk to dawn, until her solitary routine is disrupted by the appearance of a mysterious child who shows up at her cabin barefoot and covered in bruises.

The girl calls herself Ursa, and she claims to have been sent from the stars to witness five miracles. With concerns about the child’s home situation, Jo reluctantly agrees to let her stay—just until she learns more about Ursa’s past.

Jo enlists the help of her reclusive neighbor, Gabriel Nash, to solve the mystery of the charming child. But the more time they spend together, the more questions they have. How does a young girl not only read but understand Shakespeare? Why do good things keep happening in her presence? And why aren’t Jo and Gabe checking the missing children’s website anymore?

Though the three have formed an incredible bond, they know difficult choices must be made. As the summer nears an end and Ursa gets closer to her fifth miracle, her dangerous past closes in. When it finally catches up to them, all of their painful secrets will be forced into the open, and their fates will be left to the stars.

A little girl who claims to be an alien and two broken souls. And we have riveting tale by a debut author.

First we have Jo, a brilliant Ornithologist and a cancer survivor who decided to have both her breasts removed, and now feels alienated by almost all men around her. Then we have Gabe, who has his own demons haunting him, skeletons in his family forcing him to isolate himself from everyone else. And we have Ursa, who brings these two together in an unlikely friendship.

Let’s talk about the suspense first. For most of the book, we are kept in the dark about Ursa’s actual identity. She keeps claiming that she’s from a galaxy from Ursa Major. But her smartness and brilliance at such a young age doesn’t make her tales too unbelievable. What is actually her story? The author keeps you guessing until the very end. And she does a great job at it too.

The romance, now. It felt really organic. The connection between Jo and Gabe developed quite beautifully, through their growing attachment towards each other and to the little girl. There were parts where I felt frustrated with some of the decisions Jo and Gabe took. But I could understand that what compelled them to do these things. I was also not completely convinced by the whole  legal dealings in the story. But I didn’t even care. Because the writing had me completely captivated. All I cared about was these three characters get to live together happily after, because if there was one thing I was convinced about, it was their love for each other.

Glendy Vanderah makes a compelling debut with a story about family, friendship and survival. I definitely look forward to her future works.

6 thoughts on “ARC REVIEW : WHERE THE FOREST MEETS THE STARS”