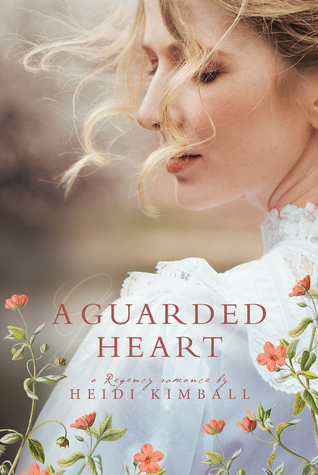 Three years after a shocking scandal destroyed her family and forced her into isolation, Eleanor Hayward finally has an opportunity to put her painful history and dashed hopes behind her. But reentering society is no simple task. In her cousin’s glittering ballroom, Eleanor is stunned when she comes face-to-face with the man who broke her heart those years before.

Edmund Fletcher thought he had laid the past to rest until he unexpectedly encounters the woman who so nearly became his wife. Soon to be engaged to another, Edmund knows he must let go of the complicated feelings he harbors for Eleanor. However, when the Hayward scandal resurfaces and the truth behind their parting is revealed, Eleanor and Edmund are left reeling. Tormented by thoughts of what could have been, they realize it is impossible to rewrite history. But is there a future in which they might both find happiness—and true love?

I was hoping for something like ‘Persuasion’, one of my favorite love stories by Jane Austen. But A Guarded Heart was more about cliched misunderstandings rather than the complexities of human nature which I’d been expecting.

Edmund is a noble gentleman. He is good at heart and what you’d expect from a standard hero in regency novels. Eleanor was spunky and full of life until her brother has to be on run after supposedly killing his superior in army, and turning Eleanor and their family into social outcast.

The story plays with alternate timelines – past and present. We see Eleanor and Edmund fall in love in the past timeline and deal with the shock of meeting each other again in the present timeline. Their love story was sweet enough. I was just not overly invested. The big reveal of why the couple parted ways, had me feeling apathetic.

In the end, this felt a lot like a formulaic regency romance which is enjoyable but hardly unique.