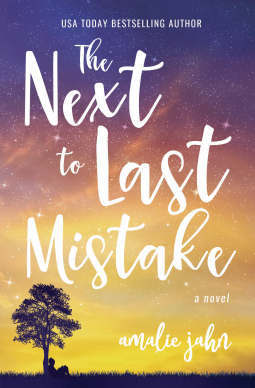 Tess Goodwin’s life in rural Iowa is sheltered and uncomplicated. Although she chooses to spend most of her free time playing chess with her best friend Zander, the farm-boy from next door, her skills as a bovine midwife and tractor mechanic ensure that she fits in with the other kids at East Chester High. But when her veteran father reenlists in the Army, moving her family halfway across the country to North Carolina, Tess is forced out of her comfort zone into a world she knows nothing about.

Tess approaches the move as she would a new game of chess, plotting her course through the unfamiliar reality of her new life. While heeding Zander’s long-distance advice for making new friends and strategizing a means to endure her dad’s imminent deployment to the Middle East, she quickly discovers how ill-equipped she is to navigate the challenges she encounters and becomes convinced she’ll never fit in at her new school.

When Leonetta Jackson is assigned as her mentor, she becomes Tess’s unexpected guide through the winding labyrinth of disparities between them, sparking a tentative friendship and challenging Tess to confront her re, luctant nature. As the pieces move across the board of her upended life, will Tess find the acceptance she so desperately desires?

A white farm girl moves to a town where she is faced with the racial intricacies. That pretty much sums it up.

This story could’ve been impactful but it misses its mark. Nothing happens for a long time and then it seems like everything is happening at once. I liked Tess’s friendship with Leonetta and Alice but it was still missing something. Maybe because I was expecting a lot more from Tess coming to terms with her own racial bias. When she does have discussions about these discoveries she makes about her surroundings and even her own self, it comes off a little too forced and a bit preachy. Does that make sense?

What disappoints me the most was that at the beginning for a long time, I was looking for a concrete plot. And when some sort of plot with the friends is about to take shape, the author takes the story in an entirely different direction never to turn back. Totally ruined the flow for me!

I loved how Tess comes into her own as a character. She loves chess, has excellent farming skills and is really fond of her cow Sunshine. I also think that the author did well with her descriptions of the two entirely different worlds of farming and military. The characters also had a lot of potential. I admire the efforts of the author in attempting to take on such a complex and significant issue. It was the plot that failed her.

I’m just happy that this book has got me in the mood for more books with themes that explore racial intricacies. Maybe this is the kick I needed to pick up The Hate U give? Any other recommendations, everyone?

By the way, how lovely is that cover? I absolutely adore it! 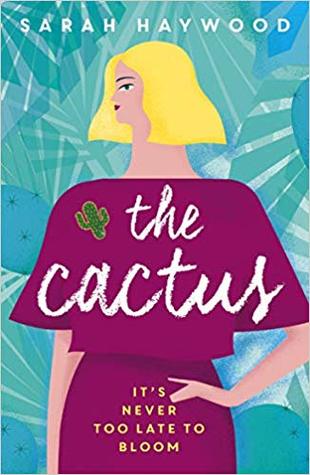 IT’S NEVER TOO LATE TO BLOOM

People aren’t sure what to make of Susan Green—a prickly independent woman, who has everything just the way she wants it and who certainly has no need for messy emotional relationships.

Family and colleagues find her standoffish and hard to understand, but Susan makes perfect sense to herself, and that’s all she needs.

At forty-five, she thinks her life is perfect, as long as she avoids her feckless brother, Edward—a safe distance away in Birmingham. She has a London flat which is ideal for one; a job that suits her passion for logic; and a personal arrangement providing cultural and other, more intimate, benefits.

Yet suddenly faced with the loss of her mother and, implausibly, with the possibility of becoming a mother herself, Susan’s greatest fear is being realised: she is losing control.

When she discovers that her mother’s will inexplicably favours her brother, Susan sets out to prove that Edward and his equally feckless friend Rob somehow coerced this dubious outcome. But when problems closer to home become increasingly hard to ignore, she finds help in the most unlikely of places.

This sparkling debut is a breath of fresh air with real heart and a powerful emotional punch. In Susan we find a character as exasperating and delightful as The Rosie Project‘s Don Tillman. An uncompromising feminist and a fierce fighter, it’s a joy to watch her bloom.

The Cactus was a lot like Eleanor Oliphant is Completely Fine. Except, here the protagonist Susan does not exactly have any mental illness. She just has an emotional range of a teaspoon and very little tolerance for bullshit. Add to that an unexpected pregnancy and a family drama regarding her mother’s will.

Susan is cynical and closed off. Her behavior is kind of hard to get used to at first. She lives an ordered life with a job perfect for her. Susan likes to live an isolated life with minimal social interactions. But then her unexpected pregnancy and a court case with her good-for-nothing brother over their mother’s will forces her to have to rely on others. What follows is a journey of growth.

I like how the author takes us through flashbacks to give us a better idea about why Susan is the way she is. For example, at first her bitterness and disdain towards her brother seems almost unwarranted. I found her to be unreasonably cruel towards her brother. But as we slowly get glimpses into her past, we discover that her behavior is not unreasonable after all.

I was not completely wowed by the ending. I had an idea about what the big secret was by the time it got revealed. I also could’ve done without the romance however little it was. My favorite thing about the book was Susan’s journey of self-growth. Everything else was not as impressive. I could not help comparing the book with Eleanor Oliphant and that made it less enjoyable for me. My bad.