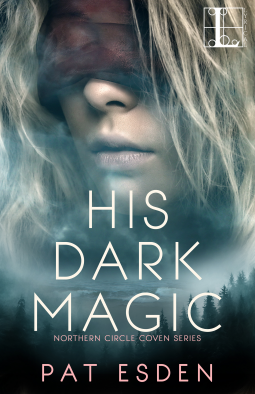 Its power is legendary. It can fulfill every impossible magical desire. But for one young witch seeking redemption, the Northern Circle coven will challenge her skills—and her heart—beyond measure.

One tragic impulsive mistake made Chloe Winslow an outcast to her influential magic family. As a medical student, she wants to combine science with sorcery to heal those she hurt and right her wrongs. But brilliant, charismatic Devlin Marsh re-routes her plans with a once-in-eternity offer: membership in the exclusive Northern Circle, a mysterious Vermont coven known for pushing the limits.

Enthralled by Devlin and their mesmerizing mutual attraction, Chloe makes a dangerous sacrifice to help the Circle’s high priestess awaken Merlin himself—and learn his timeless cures. But a foreshadowing soon causes Chloe to doubt the Circle’s real motives, as well as Devlin’s . . .

Now Merlin’s demonic shade is loose in the human world, while Chloe and Devlin’s uneasy alliance will pit them against ancient enemies, malevolent illusions, and shattering betrayal. And with the fate of two realms in the balance, Chloe must risk her untried power against a force she can’t defeat—and a passion that could destroy her.

I’m conflicted about this book. I liked the mystery elements and the parts with the coven bonding. But I felt confused for half of the book.

I wasn’t happy with the world-building. For a long time in the beginning, I had many questions swirling inside my mind –  What exactly is the context of this world? Does everyone know that witches exist? Do witches and non-magical people have some sort of verbal agreement about living together and minding their own businesses? How does this alternate universe work exactly? – I’m not sure I got proper answers to these questions by the end.

At one point we get to discover that the High priestess of the coven – that the protagonist Chloe is about to join – has a grandfather named Zeus. The name of the high priestess happens to be Athena. I was thrown by that bit. I found myself wondering – Does this mean there are Greek mythological elements in it? – But then I felt foolish and realized that it makes no sense. These are witches not gods and goddesses. I think I’d have liked the author to address this pop-cultural reference in a fun way. But nothing of that.

I’ll give credit to the author for setting up the atmosphere, though. The way she sets up the surrounding nature and locale was impressive. I could almost feel myself being a part of the places.

This was a book where I liked the side-characters a lot more the main ones. I did not like the protagonist Chloe. I found many of her actions and decisions to be superficial. She felt like a very self-involved character to me. Not that I mind self-involved characters. But I like them to be intriguing and complicated. But I never found Chloe interesting.

Even the love interest Devlin left a lot to be desired. Neither did I see any depth to his and Chloe’s relationship and nor did I find their chemistry appealing. Their relationship felt just as shallow and flat like the two characters themselves.

I liked the coven members a lot. All of them had interesting quirks and histories that I wanted to know more of. Sadly, we see very little of them. I think many of them would make better main characters than Chloe herself.

I’ll end it by saying that this book did not feel like the first of a series but rather a sequel. I felt like I was missing something throughout the first half. The premise was very promising and could’ve been executed in a better manner.

Publication Date: 11th December, 2018.
Source: ARC from Publisher (via Netgalley)
You can find this book on – Goodreads | Amazon