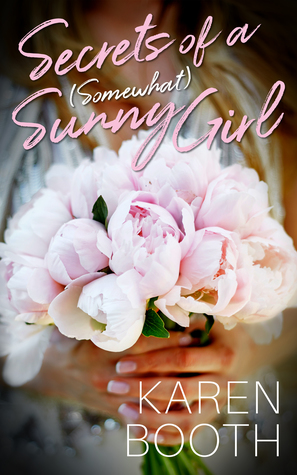 “Thanks to the publisher for providing me with a free ARC in return of an honest review.”

As sisters, they tell each other all their secrets…except one.

With divorce and infidelity hanging from nearly every branch of her family tree, Katherine Fuller sees no point in marriage. Boyfriends? Sure. Sex? Of course. Wedding vows? No, thanks. Still, when her younger sister Amy gets engaged, Katherine gathers all the enthusiasm she can. She won’t let Amy down. She’s done enough of that for a lifetime.

As the sisters embark on wedding plans, Katherine’s college love resurfaces. It nearly killed Katherine to part from sexy Irish musician Eamon more than a decade ago, but falling under his spell a second time forces her to confront everything she hid from him. The secrets surrounding her mother’s death are still fresh and raw in her mind, but one has haunted her more than the others. She can’t bear to tell anyone, especially not Amy. It could ruin far more than a wedding. It could destroy a sister’s love forever.

Twenty years ago, a ten-year old Katherine took a decision that set in motion the destruction of her family as it was. Now, an adult, she still struggles from the aftermath of that decision. Her sister Amy does too but it’s a lot harder on Katherina who had taken an oath – a drunken oath, to be precise – with Amy to never get married. Flashforward – Now Amy is getting married and Katherine is feeling out-of-sorts about everything.

I had inconsistent feelings throughout the book. I can’t count how many times I jumped between feeling sympathy and irritation towards Katherine. I liked the relationship between the sisters. The emotional attachment between them was pretty strong. But Katherine’s self-pitying thoughts just got under my nerves pretty quickly.

I had two problems with this story –

Firstly, Katherine gets blamed for something she did when she was 10 years old. Yes. A TEN-YEAR OLD CHILD. I just couldn’t get on board with that.

Secondly, the romance was not convincing. Katherine and Eamon had a few-months long intense affair during her visit to his hometown Ireland on a vacation. But they never contacted each other for a decade until Amy – not knowing their history – takes her to his concert (he’s a rockstar now). The very next morning, they meet for breakfast and he tells her that he  wants to start a serious relationship with her and that he never got over her. His reason for not contacting her all these years? He wanted to see if they were really meant for each other by leaving it up to fate. So he left it all up to fate and in the meantime got married to another woman and they had a daughter. My eyes were twitching at this point.

Eamon and Katherine’s relationship was really rushed. Yes, they knew each other before. But that was a decade ago and only for a couple of months. I’d have liked them to take things slower, not have phone sex within a few days and then have him and his daughter live in her apartment when he returns. I also wouldn’t have minded a few flashback. Maybe that would’ve made it easier for me to buy their romance? One can hope.

Anyways, If I didn’t make it clear by now, I just didn’t like Eamon.

Final words – I just didn’t find the storytelling convincing . I did like the ending. But story as a whole failed to engage me. I didn’t feel any connection to the characters.  The premise was good but the execution left a lot to be desired.

Publication Date: 16th October, 2018.
Source: ARC from Publisher (via Netgalley)
You can find this book in – Goodreads  | Amazon

One thought on “ARC Review : Secrets of a (Somewhat) Sunny Girl by Karen Booth”