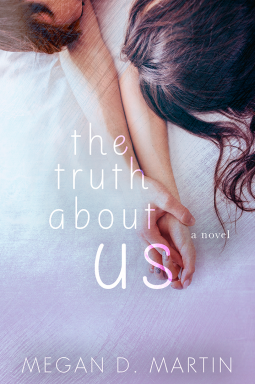 “Thanks to the author for providing me with a free ARC in return of an honest review.”

Sometimes love is messy – and a lie is the only way to save the person you love.

Rowan Steel lied to save the love of her life, but that also meant destroying their relationship and ripping his heart out in the process. She didn’t want to hurt him, but in her mind she had no choice. Now that a year has passed Rowan decides to tell Tyler the truth – or at least part of it.

But sometimes the truth is far more damning than lies.

Tyler Nusom has moved on. He has a gorgeous new girlfriend, a killer new job, and a promising future ahead of him. But sometimes the past won’t stay where it belongs. When Rowan shows up claiming a new truth about their messy breakup, Tyler finds himself stuck somewhere between bitter hatred and nostalgia for the girl he thought he’d spend the rest of his life with.

Suddenly back in a situation where the former lovers are around each other all the time, the pair has to fight their ever-burning attraction for one another while a swirl of lies and truths hang over them, waiting to be exposed.

I was fooled by the synopsis and the cover into thinking that this book would actually have substance in it.

Um what? And she’s not even telling this line as a joke. This is how she’s justifying herself to the readers about not contacting her ex-boyfriend for a year because he didn’t want to do anything with her after she fooled him into believing that she was cheating on him.

So, we start with her going to meet Tyler a year after their breakup just to cavalierly tell him that she hadn’t cheated on him. And she says this all in a ‘Just-so-you-know’ manner. After he blows her off in front of his current girlfriend, she leaves. Next scene, we have her sharing the story with her girlfriend, who laughs that she actually went to confront him. Rowan, instead of feeling offended, laughs along with her. Umm, at this point this book felt more like a sitcom rather than the angsty romance it’s supposed to be.

This book felt surreal to me from beginning to end. I couldn’t make sense of what anyone was doing. Rowan acts as a weak cardboard who lets anyone treat her the way they want. Tyler is a douchebag who kisses Rowan every time he sees her and then is back to being serious with his girlfriend who’s basically written as a blonde bimbo. He even stands aside to let his friends treat Rowan as a trash.

Everything felt too ridiculous to be true. The big reveal at the end fell so flat that even Elsa couldn’t pick it up with her magic. Yes. I went there. I’ve read my share of noble idiocies from protagonists in my life, but this was something else.

Especially coming off a brilliant read, the flaws of this book stood out even more stark. The plot had potential but the execution couldn’t have been worse. Martin’s writing needs a lot of polishing. I’ll just end it at that.

Publication Date: 2nd October, 2018.
Source: ARC from Publisher (via Netgalley)
You can find this book in – Goodreads

Happy October, everyone! I’ve already done a TBR list for Fall before. So I thought I’d make a post about the best reads of September. I’ve read a LOT of books this month. Almost 20. But I’m not gonna talk about the unimpressive ones. Life’s too short to spend more than enough time on things we didn’t like.

So, here are my best reads of September –

The Bird King : The writing in this one was so rich, the world-building so outstanding that I feel unequipped to say anything else about this.

Phoenix Unbound : Grace Draven yet again delivers a masterstroke with her newest release. It was a perfect combination of action, adventure, fantasy and romance.

99 Percent Mine : I didn’t expect to read this January ’19 release this early but I did. Sally Thorne again weaves a romance that strikes the right chords. And in the process I got another book boyfriend – Tom Valeska.

Vicious : It took me 5 years but I finally did it. This book introduced me to one of my most favorite characters in contemporary fiction – Victor Vale. It hasn’t even been a full day since I finished this book. But I can confidently say this about Victor Vale. That’s how good V. E. Schwab’s writing is.

Vengeful : The sequel was even more of an emotional ride than Vicious. There are enough unexpected twists and curves to keep you on the edge of your seat.

Sadie : One of the best I read this year. The ending was realistic and does not give us the closure we expect fictions to give us. But nonetheless, this was a brilliant piece of story-telling.

Josh & Hazel’s Guide To Not Dating : It’s among the top 3 romances I read this year. Josh and Hazel are #CoupleGoals. This is the only book in the list that I rated 4-stars. But that’s only for the ending. The rest of the book was amazing!

Finnikin Of The Rock (Lumatere Chronicles #1) : I can never get over how wonderful this book is no matter how many times I read it. The world-building and character-growth is absolutely beautiful.

Froi Of The Exiles (Lumatere Chronicles #2) : In terms of plot, character-development and storytelling, this book even surpasses its predecessor. No words can be enough to describe my love for Quintana, Froi, Finnikin, Isaboe, Phaedra and Lucian.

I’m really happy with my September reads. I hope October proves to be even better! What do you think about my list? I hope to see your opinions about the books in my list.