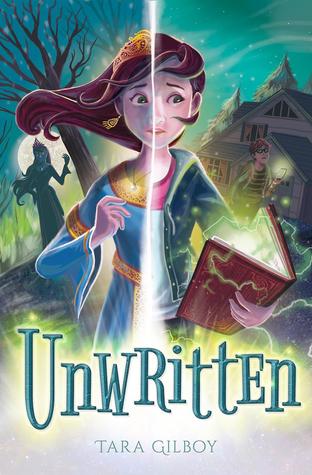 Twelve-year-old Gracie Freeman is living a normal life, but she is haunted by the fact that she is actually a character from a story, an unpublished fairy tale she’s never read. When she was a baby, her parents learned that she was supposed to die in the story, and with the help of a magic book, took her out of the story, and into the outside world, where she could be safe.

But Gracie longs to know what the story says about her. Despite her mother’s warnings, Gracie seeks out the story’s author, setting in motion a chain of events that draws herself, her mother, and other former storybook characters back into the forgotten tale. Inside the story, Gracie struggles to navigate the blurred boundary between who she really is and the surprising things the author wrote about her. As the story moves toward its deadly climax, Gracie realizes she’ll have to face a dark truth and figure out her own fairy tale ending.

This was such a different foray from my usual reading choices

Unwritten is a children’s book. More specifically, middle grade. But I was really fascinated by the synopsis and ended up requesting for an ARC.

It sort of follows the idea of “Enchanted”, a movie I adore.

12 year old Gracie gets vision or what her mother calls glimmers of a different world. She dreams of fires. It turns out that she was a part of  a fictional world, an unpublished novel by a writer who’s real. That book even has an evil queen. Her mother with a group of accomplices escaped from the world of those fictional pages when Gracie was just one year old. According to her mother, the writer of Gracie’s book had written her to die as a child. That is why, her mother escaped that world to escape that cruel fate.

If it sounds vague to you, that’s because it is. Gracie’s mother is not very forthcoming about the details. She has told Gracie only the bare minimum – that she was destined to die and that’s why she had to be brought to the real world – to keep her safe. But Gracie has a lot of questions which her mother doesn’t want her asking. Her mother wants to let go of the past. But Gracie’s glimmers and nightmares won’t let her move on. That’s why when she gets the opportunity to meet Gertrude Winters, the writer who wrote her story and whom her mother despises, she leaps at the chance. But because of her desperation to find out the answers to her story, she sets things in motion that could put her future in jeopardy.

There is something very fascinating about the concept of characters from books crossing over  into the real world. There were enough twists and unexpected reveals to make the idea work too.

I liked how the book made us question the idea of villains, fate and parallel worlds. This story seemed to be a take on one of my very favorite quotes by Albus Dumbledore in Harry Potter –

‘Of course it is happening inside your head, Harry, but why on earth should that mean that it is not real?’

I liked the character of Walter and how he wanted to find the scientific rationale behind everything. Characters that are science nerds are always a welcome addition to any book.

Of course, it wasn’t all perfect. I think, the execution could’ve been better. There was lack of proper character development and world-building. Maybe, because it was for children, this book felt too short to me. I felt like more time could’ve been spent on building the world and establishing the plot. But a shorter length meant a tighter story line and fast pace, which I can’t really complain about.

I’m just pleasantly surprised that I ended up liking the book as much as I did. Goes to show that trying something different every once in a while isn’t always a bad thing.

Publication Date: 16th October, 2018.
Source: ARC from Publisher (via Netgalley)
You can find this book on – Goodreads | Amazon 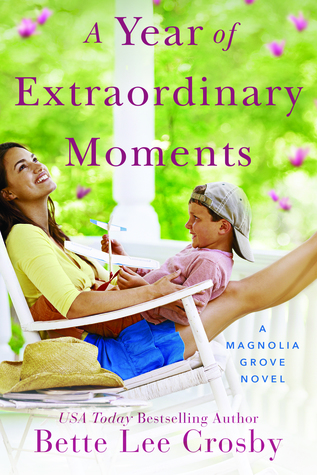 From USA Today bestselling author Bette Lee Crosby comes a heartwarming novel about letting go of the past to make way for a brighter future.

Tracy Briggs has finally gotten her act together. She’s focusing on her own life and helping her hearing-impaired son learn to talk. With her sister married and exploring a new career, Tracy has begun to run the family’s magazine business and feels her life is pretty much perfect. That is, until her son’s deadbeat dad shows up in Magnolia Grove asking for a second chance.

Now that her son is getting the help he needs and a promising new romance with his teacher is in bloom, Tracy wants to keep her life just as it is. But her ex isn’t taking no for an answer. And when a spirited elderly woman enters Tracy’s life in an unexpected way, she’ll have to work harder than ever to keep her new life on track.

Torn between the past she knows and the uncertain future, Tracy must decide what is best for both her and her son, learning along the way that ordinary choices can bring extraordinary possibilities.

This one was a surprise

I had expected this book to be from a singular point-of-view, after reading the synopsis. The blurb made me think that Tracy would be the focal point of the book. But it totally defied my expectations.

Tracy did not even feel like the main character. I think it was Alice, the dying grandmother of Dominic. Dominic is a deadbeat guy who left Tracy soon after she gave birth to their son. This is a character who I found to have very few redeeming qualities. He is a chronic liar and a self-involved guy who was insecure even about his son getting more attention than him.

At the beginning, I thought this book would be about the redemption of Dominc. I found that to be intriguing because like I said – I didn’t find many redeeming qualities in him. But no, this book wasn’t about his redemption. I still can’t narrow it down to one story or an arc or even a character this book was about.

But as I mentioned , if I were to pick a main character, I’d have to mention Alice. This is a woman who has only a few months to live because of Cancer. Her only wish before she dies is to see her grandson mend his ways and move his life to the right track. She feels that it would be possible if Dominic reconciled with Tracy and his son Lucas – both of whom she only heard about through town gossip but never from Dominic himself. Dominic is tight-lipped about it when she asks him about it. So she takes it upon herself to make some much needed changes.

On the other hand, we have Tracy.  She’s a great mother to Lucas who is deaf and has recently just started hearing because of Coachlear implants. She has her mother, an elder sister Meghan and a friend Gabriel as her support system. I must say, it took me some time to warm up to her, even though she had all the makings of a genuinely nice character from the very beginning.

The first time we meet her, she is insistent on not letting her friendship with Gabriel become anything more. In the next scene, Gabriel asks her out and she enthusiastically says yes. What a whiplash! I would’ve liked a better transition from point A to point B. But like I said, I do slowly warm up to her eventually.

I also would’ve loved to see some insight into what made Tracy fall in love with Dominic in the first place. There was barely any romance in the book but I didn’t mind that. But I’d have preferred a bit more depth in the love story we do see.

Bette Lee Crosby’s writing style is not what I’m used to. I think my issue with this book was that I never became a part of it. I know it sounds odd but I felt like an outsider throughout the book. Do you get what I mean? But I’ll just chalk it up to the “It’s not you, it’s me” factor.

This book was a good read about families, relationships and flawed characters. An extra star for being able to surprise me, which is a rarity.

Publication Date: 16th October, 2018.
Source: ARC from Publisher (via Netgalley)
You can find this book on – Goodreads | Amazon