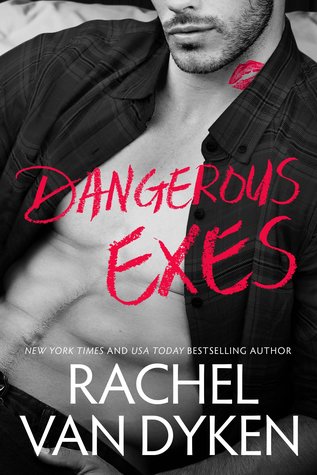 Isla made one teeny little mistake. Now she and her PI company, Dirty Exes, are being targeted by one seriously angry and furiously sexy ex-quarterback. Jessie freakin’ Beckett. But there’s no way some NFL superhunk is going to take her business away. If only he didn’t make her so hot—and bothered.

Jessie wants payback for a ruined reputation. His plan? Top secret. His hard-to-hide arousal for Isla? Not so much. Especially when they let down their guards and sneak a kiss. Like any juicy scandal, it goes so viral, so fast, that only a good lie can combat the bad press. Mortal enemies in a fling? No way. Um…this is love!

Isla’s not faking it. Jessie can’t. As the game of let’s pretend gets real, Jessie forgets all about revenge. That’s the problem. His plan is already out of his control. Now it could undo everything they’ve been trying to build. Coming clean may be the only thing that can save it.

My first mistake going into the book was that I hadn’t read the previous book in the series and hadn’t thought it necessary.

Although, this book features a different couple at its center, these characters were a significant part of the previous book. Also, the plot here takes off based on events from the first one. Thankfully, I did catch on quickly enough. But the number of references and mentions to the first book made me regret having skipped it.

This book had a combination of enemies-to-lovers and fake-relationship, two tropes I tend to enjoy. Both Isla and Jessie used to be friends until Isla’s one mistake cost Jessie his reputation. Now Jessie is out for blood.

But they both have one thing in common – having been burned by their respective ‘exes’. And a fake relationship might just be what they needed to move on. The love-hate dynamic to their relationship was really entertaining.

There were hilarity and craziness abound. Jessie and Isla were both fun characters. I also liked the parts about Isla’s Chinese heritage and her Go-Pooh. It made for some refreshing comic moments.

This was one of those books which are not meant to be taken too seriously. Sure, it might not be the most original plot out there, but I still had a lot of fun reading it.

Publication Date: 30th October, 2018.
Source: ARC from Publisher (via Netgalley)
You can find this book on – Goodreads | Amazon